You are here: Home / About Us

Welcome from the Principal

For over 40 years students, staff and parents have enjoyed being part of Braemar College’s caring, dynamic, and innovative learning community.

We recognise the importance of effective engagement in the classroom and beyond, holding true to our Christian principles, where all members of our community are valued.

As a College, we understand that every student is unique and that their connectedness to others is critical. Our community is gentle and nurturing with a high value placed on the quality of relationships that exist between students, and between students and staff.

We understand that learning is individual and that students develop at different rates and in different ways. Our clear focus is on how young people learn and our programs are designed to meet the needs of different learning styles, talents, and interests.

We encourage our students to excel in every endeavour. We recognise and celebrate their achievements while supporting them to constantly seek out and explore new avenues of opportunity.

Braemar College strives to equip students with qualities and attributes that allow them to achieve their potential in the College environment and beyond. We aim to provide a positive, rewarding and enjoyable experience for every student.

We are a member of the Ecumenical Schools Australia drawn together by a commitment to respecting diversity of beliefs, and offering a vibrant, tolerant education.

Please feel free to take the virtual tour and browse our website. More information about the Braemar experience can be found at our College Blog.

Located in a beautiful secure bushland setting, Braemar College provides a unique nurturing community in which your child can grow and flourish.

We have a proven history of academic success, but we also offer vocational training opportunities, and extensive arts and sporting programs.

We understand that learning is individual and that students develop at different rates and in different ways. So we focus on how young people learn and our programs are designed to meet the needs of different learning styles, talents and interests.

We foster an environment of tolerance and support, and we recognise and celebrate achievements while encouraging students to constantly seek out and explore new avenues of opportunity.

We pride ourselves on our contemporary approach to education; we were one of the first schools in Australia to issue iPads to all students and staff. These have become an integral and effective part of our learning programs, alongside many other progressive technological additions including robotics and laser/3D printing. 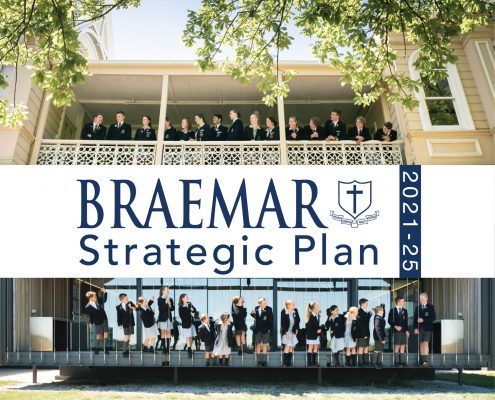 On Friday 26 April, we held an Official Opening for our Braemar College Woodend Campus. This Campus is the culmination of over 20 years of strategic planning. We structured the Official Opening to be held throughout the day as three separate ceremonies, creating the opportunity for all members of our internal and external Braemar Community to be involved.

The day began with invited guests being welcomed to the site by our student leaders for an official ceremony including addresses from the Head of Middle School, the College Principal, the Chairman of the Board, and our College Captains. The ceremony included the unveiling of a commemorative plaque by two student representatives; our youngest current Collegian, Oliver Lockens, and our older current Colegian, Darcy Twining. Many members of our College Community, including our first College Headmaster and his wife, past members of the College Leadership Team, local members of council and parliament, and representatives from the teams that were involved in the physical development of the Campus, were in attendance. Following the ceremony, guests were invited to take a tour of the campus, led through our contemporary learning and teaching spaces by Middle School student leaders.

Following the official ceremony, our entire student cohort (Middle School and Senior School) arrived at the Woodend Campus for a student-centric service. Aunty Vikki and Aunty Marilyn, Indigenous custodians of the Dja Dja Wurrang, welcomed the students and staff and blessed the new site with a smoking ceremony. Every single College student and staff member passed through the smoke as part of the ceremony. Aunty spoke of the significance of the land, water, and sky. A small rain shower passed over during the smoking ceremony, but it failed to dampen spirits as we celebrated our new Campus. Following the shower, a spectacular, full rainbow appeared over the property; Aunty shared that this was a “sign of positive energy and good luck”.

The staff and student cohort then shared a sausage sizzle lunch before the students participated in an activity that saw them standing in formation to create the word ‘BRAEMAR’ across the oval. The collaboration and celebration was captured by impressive drone footage that will be shared at formal College events later this year.

After the staff and students had departed home, the final stage of the Official Opening took place, with the Campus opened to the local community. This open afternoon provided the opportunity for those who had watched over the years as the dreams became plans, and the plans become action, to see the contemporary, architecturally-designed new home for Braemar’s Middle School. Over 100 visitors from surrounding towns (including some Old Collegians) attended throughout the afternoon and were led on tours by staff and student leaders.

We are very proud of our new Campus, with its exterior form and roofline modelled to match the form of the iconic Hanging Rock and Mount Macedon skyline that make up our home surrounds. The College motto is ‘many parts, one body’; that motto is now embodied in a multi-campus College, as we say ‘Two Schools, One College’. This motto of unity and belonging is a big part of the experience of those who attend, work at, or are in some other way part of the community at Braemar College. The structure of the Official Opening was specifically designed to reflect these many parts and to provide an opportunity for all to join in the celebrations and recognition of a new stage in the history of Braemar College. 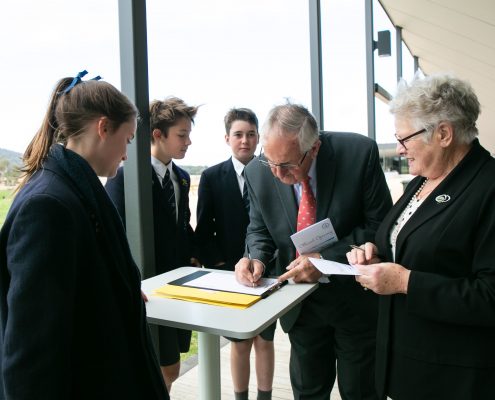 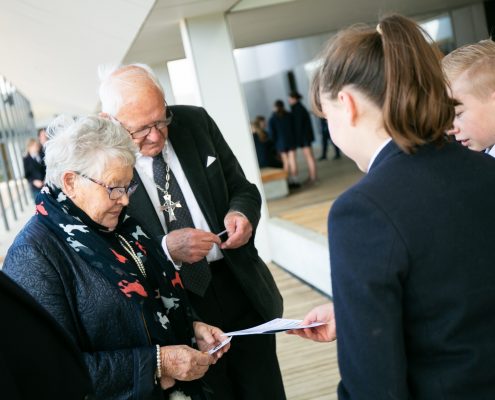 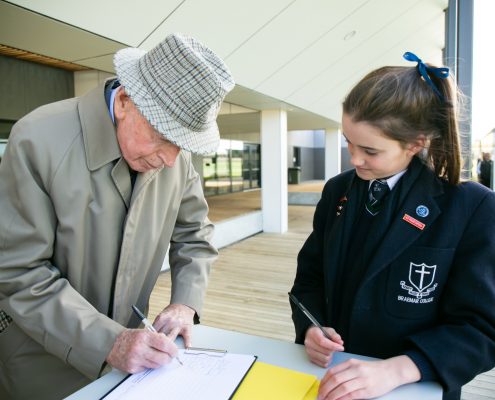 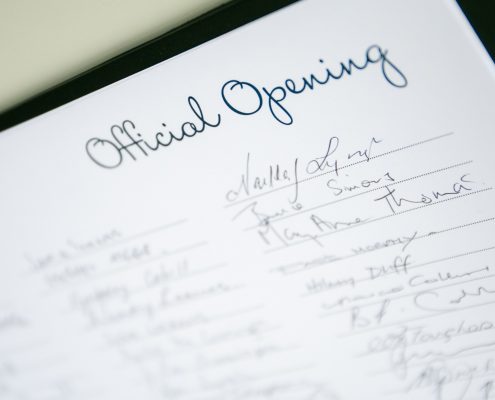 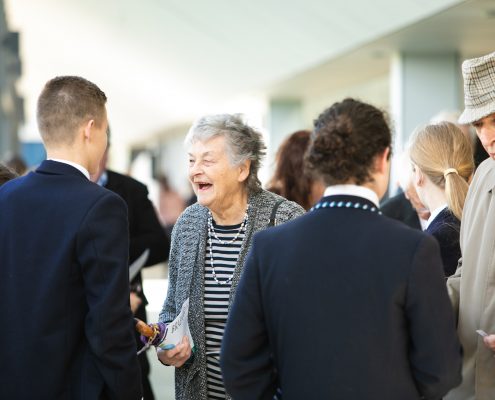 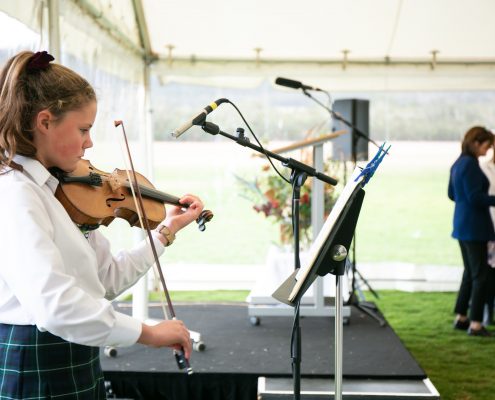 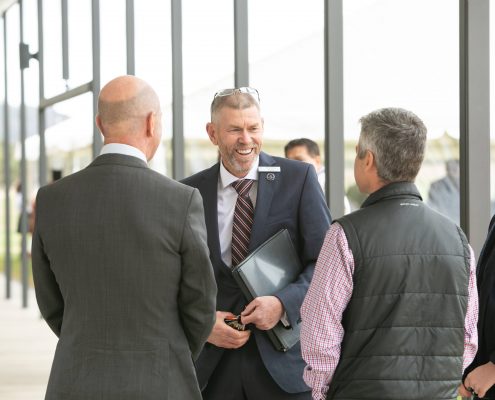 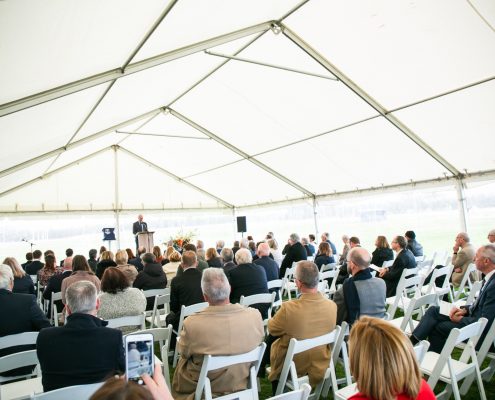 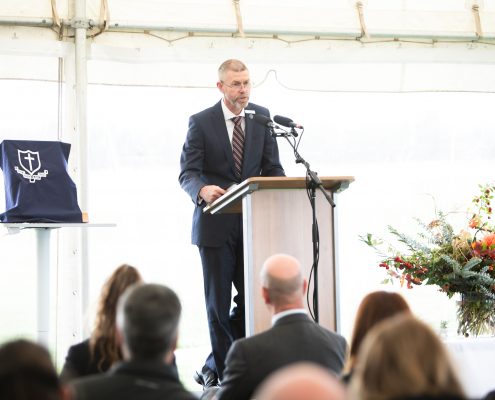 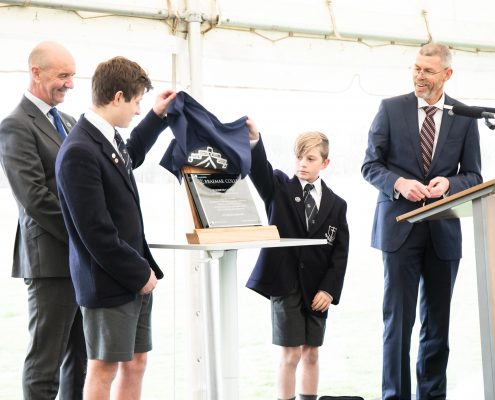 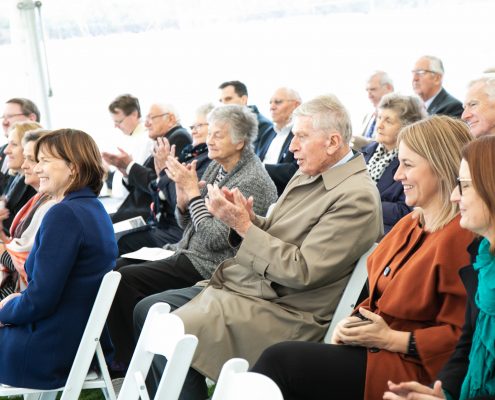 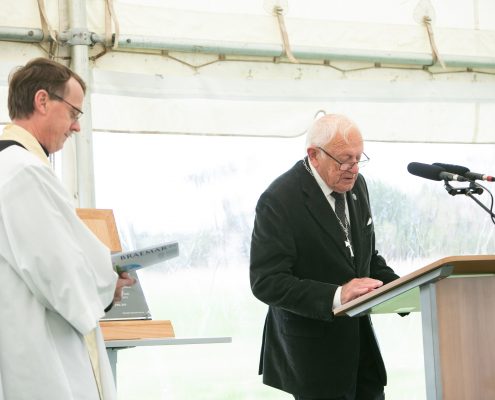 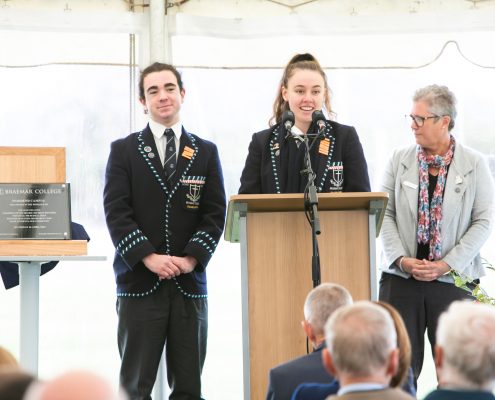 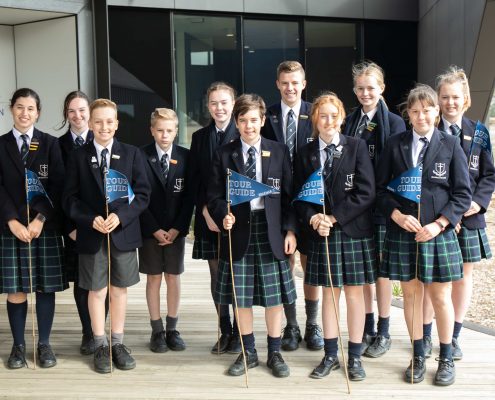 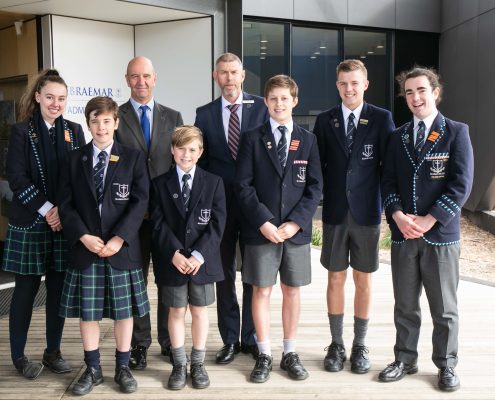 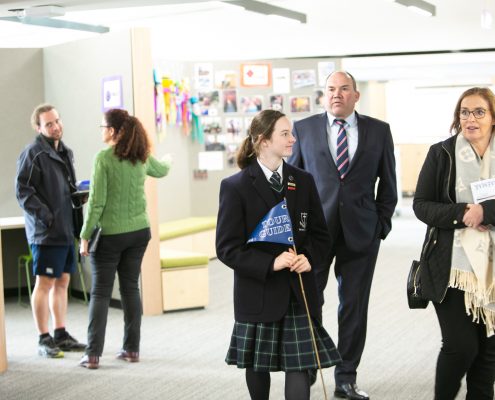 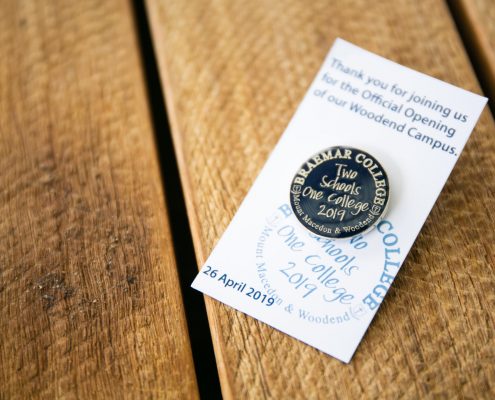 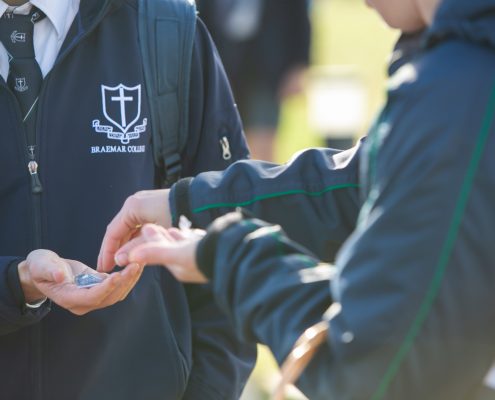 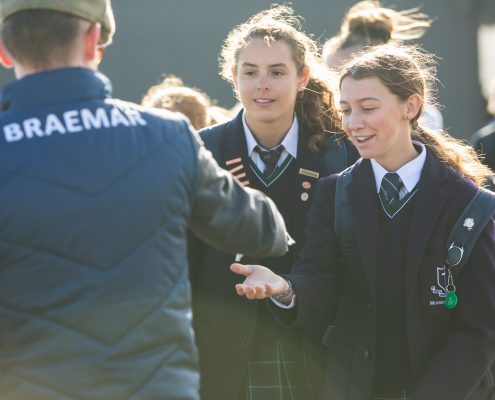 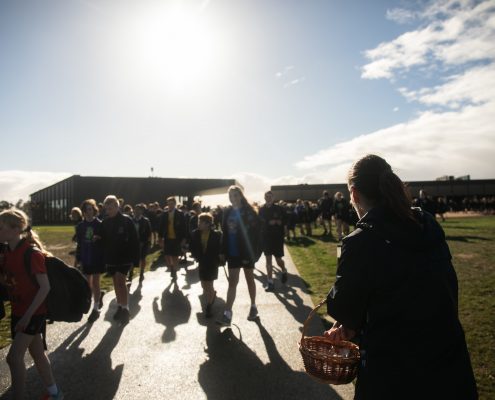 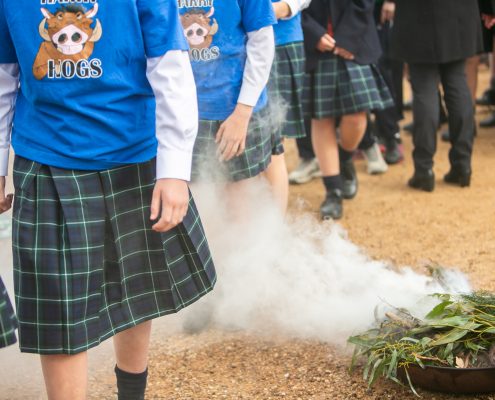 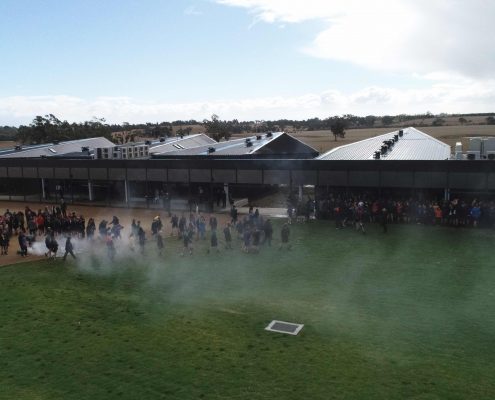 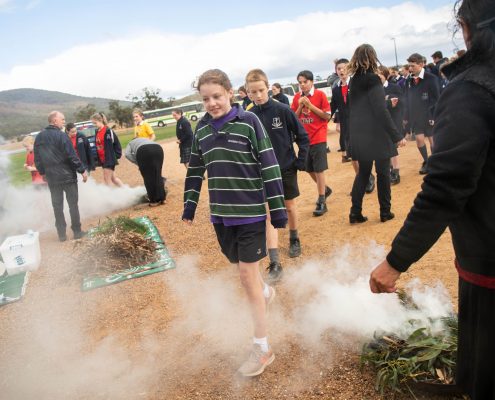 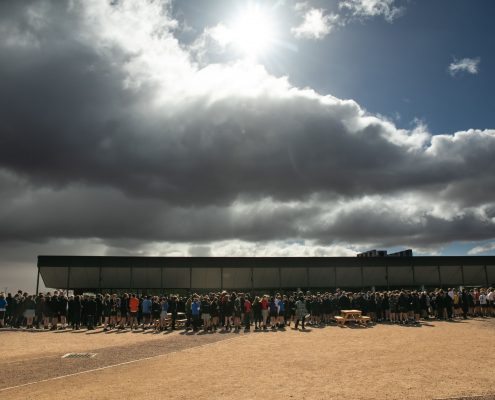 The History of Braemar

Braemar College began as one man’s inspired solution to a community problem.

Mr Tony Tyler, a merchant banker living in Mount Macedon, had enrolled his daughter to begin her school life at what was then Clyde Grammar School, in 1976. When Mr Tyler was advised that Clyde was moving its educational activities to Geelong Grammar at Corio, he realised he would have to find alternative schooling for his children, as would other local families.

Mr Tyler rallied other parents to try and come up with a way to retain quality education in the district. He joined forces with the President of the Shire of Newham and Woodend, Mr Brian Jackson, to explore options for keeping Clyde open. Mr Tyler wanted, above all, to assure the continuing provision of the sort of independent education Clyde had provided for the past 56 years.

Following a well-attended meeting in June 1975, a steering committee was established and in February 1976, around 200 secondary students attended the newly-named Braemar College, under the guidance of Braemar’s first Headmaster, Mr Graham Farley.

Parents, who had worked hard during January to get the classrooms ready for use, were so inspired by the experience and opportunity of working as a close-knit team, they committed themselves to work on rosters in the College’s service areas to keep costs as low as possible. The College Service Scheme still exists today.

Over decades, additional facilities have been built and refurbished to enhance the learning and teaching environment. Today, the Dame Elisabeth Murdoch Centre provides a precinct for VCE students, the cafeteria, with magnificent views overlooking the ourskirts of Woodend, offers a gathering point for students of all levels, and the second campus in Woodend (only a few kilometres from the original Mount Macedon Campus) provides a home-base for Braemar’s Middle School students (Years 5-8). The historic, main building, Braemar House, remains the iconic piece of the Mount Macedon Campus; still standing strong and housing classrooms, office space, the College restaurant, meeting rooms, and the reception foyer, after being built in 1889.

Many local families played very significant roles in the establishment of the College; these families are known and respected within the College community today. To this day, the tradition of a strong community culture and sense of belonging continues, with many students attending as second or third generation Old Collegians.

Under the guidance of the Board of Governors and the current Principal, Mr Russell Deer, the College continues to build on its reputation for providing educational excellence for young people. The College is renowned for its caring and supportive educational environment and is proud of its strong academic record. 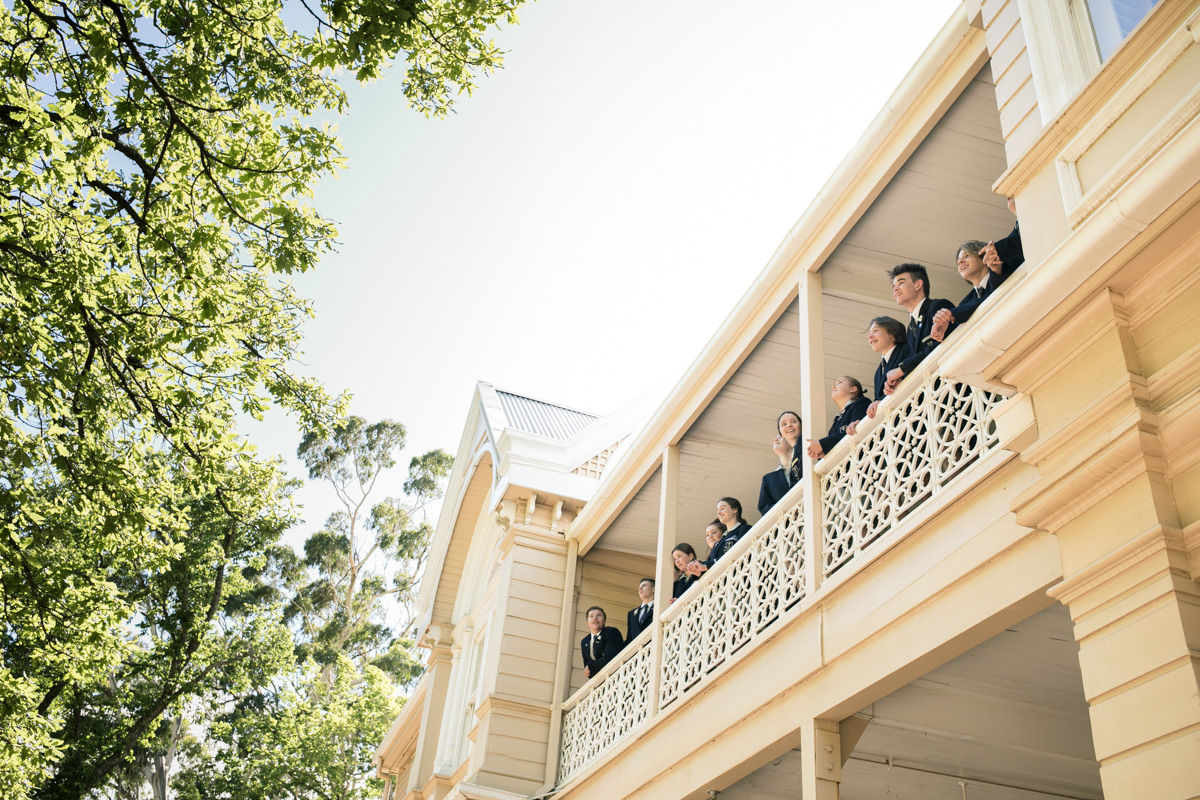 Great consideration has been made to ensure that all Braemar students (Years 5-12) are provided with ample opportunity to experience the facilities and routine of each campus in their day to day College life. 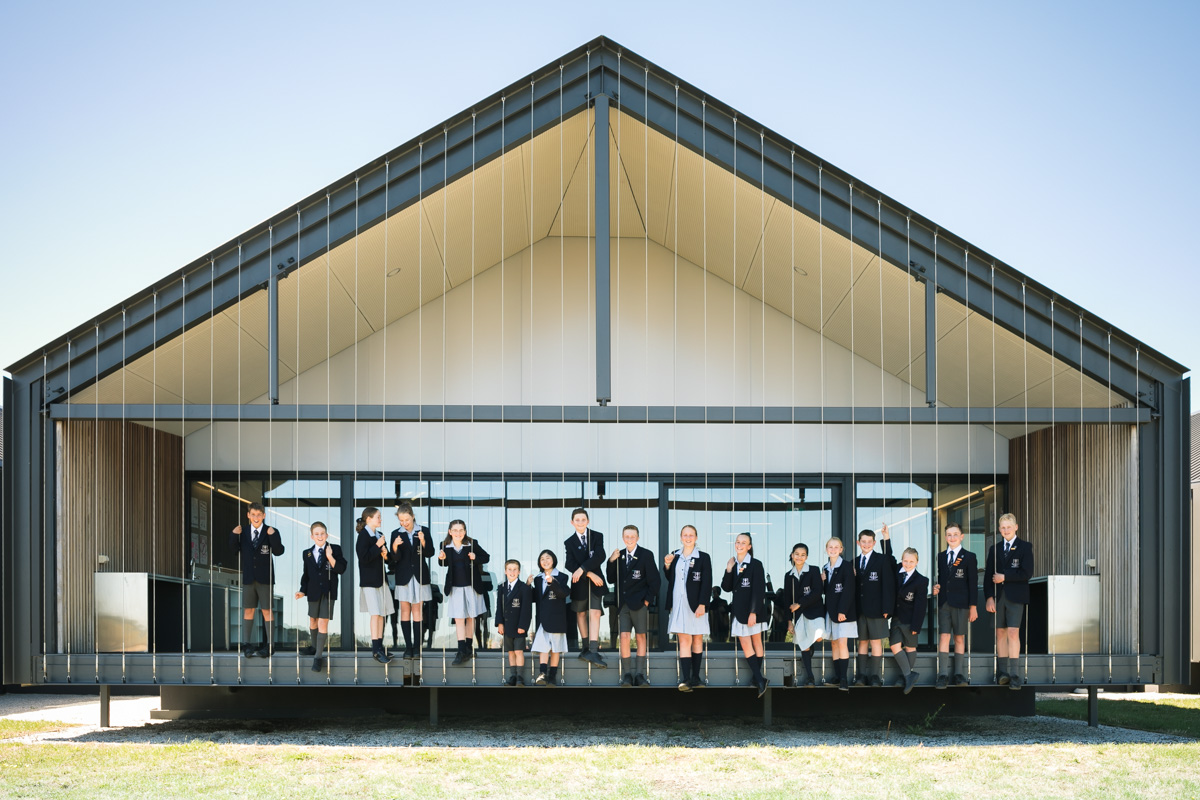 Our newly developed Woodend Campus opened in 2018 and has become the new home for our Middle School, hosting students from Years 5-8. The Woodend Campus has been developed and built to provide modern facilities and opportunities for our students (including technology and science).

Great consideration has been made to ensure that all Braemar students (Years 5-12) are provided with ample opportunity to experience the facilities and routine of each campus in their day to day College life. 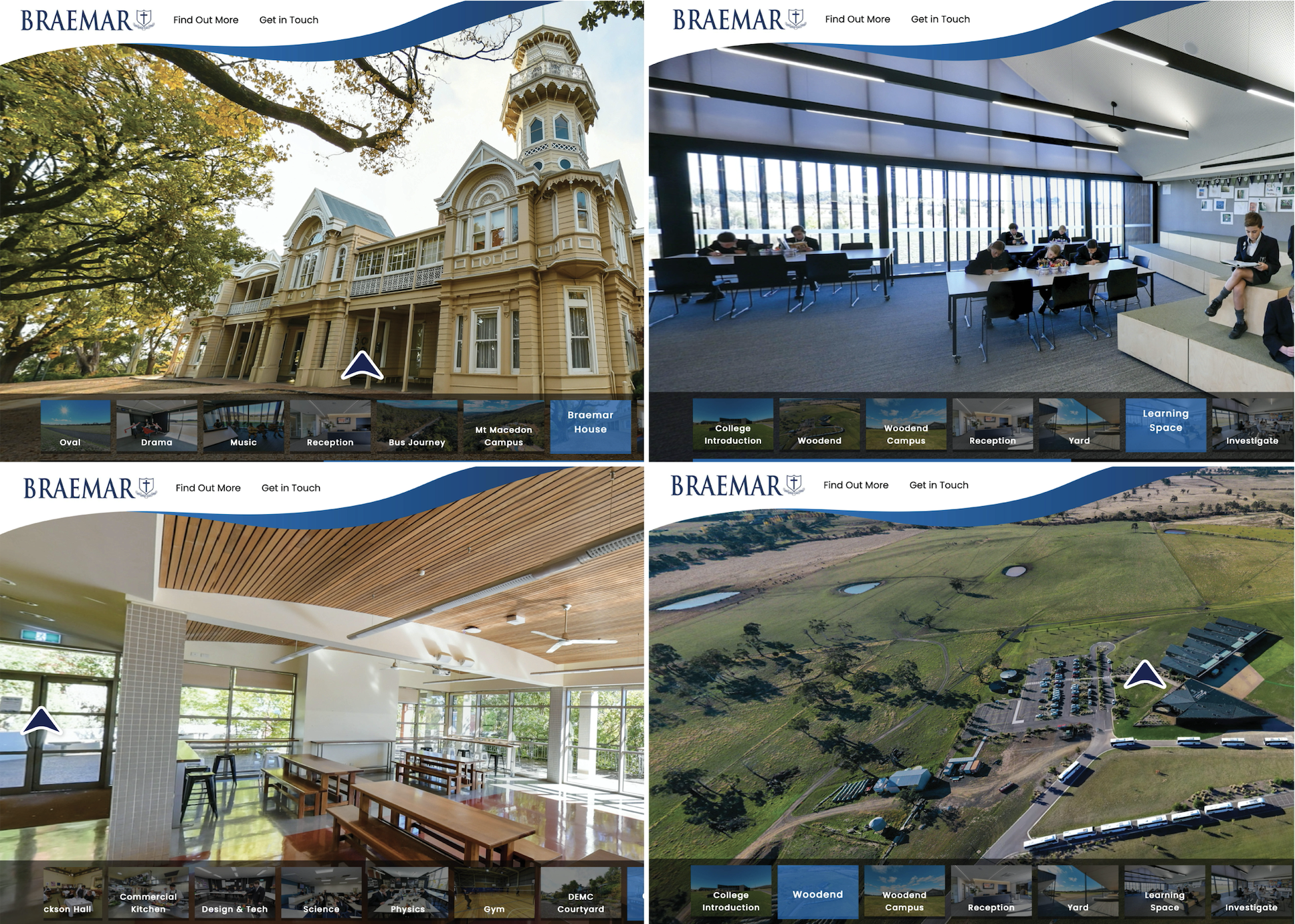 We have recently updated our Virtual Tour to now feature comprehensive footage of both of our campuses, our Woodend Campus, home to Middle School (Years 5-9), and our Mount Macedon Campus, home to Senior School (10-12).

We invite you to take a look and be guided through each space by our students; we hope you enjoy it.

Be sure to make sure of the following accessibility features to help you get the most out of the tour:

JOIN US FOR A TOUR

Come along for a guided campus tour and see for yourself
what Braemar College has to offer.
REGISTER

If you are interested in having your child attend Braemar College,
click the link below to complete an online expression of interest.